The brief was to submit a digital presentation on any aspect of wildlife from the classroom. They chose to celebrate the wildlife areas around the new Academy site and the different wildlife activities they have taken part in during science lessons such as using microscopes to look at the organisms found in soil.

Although they did not win the competition they worked fantastically as a team and as a result received a certificate and two BBC wildlife magazines.

Well done to Casey, Lucy and Cieanna (pictured below (left to right) with their certificate and magazines). 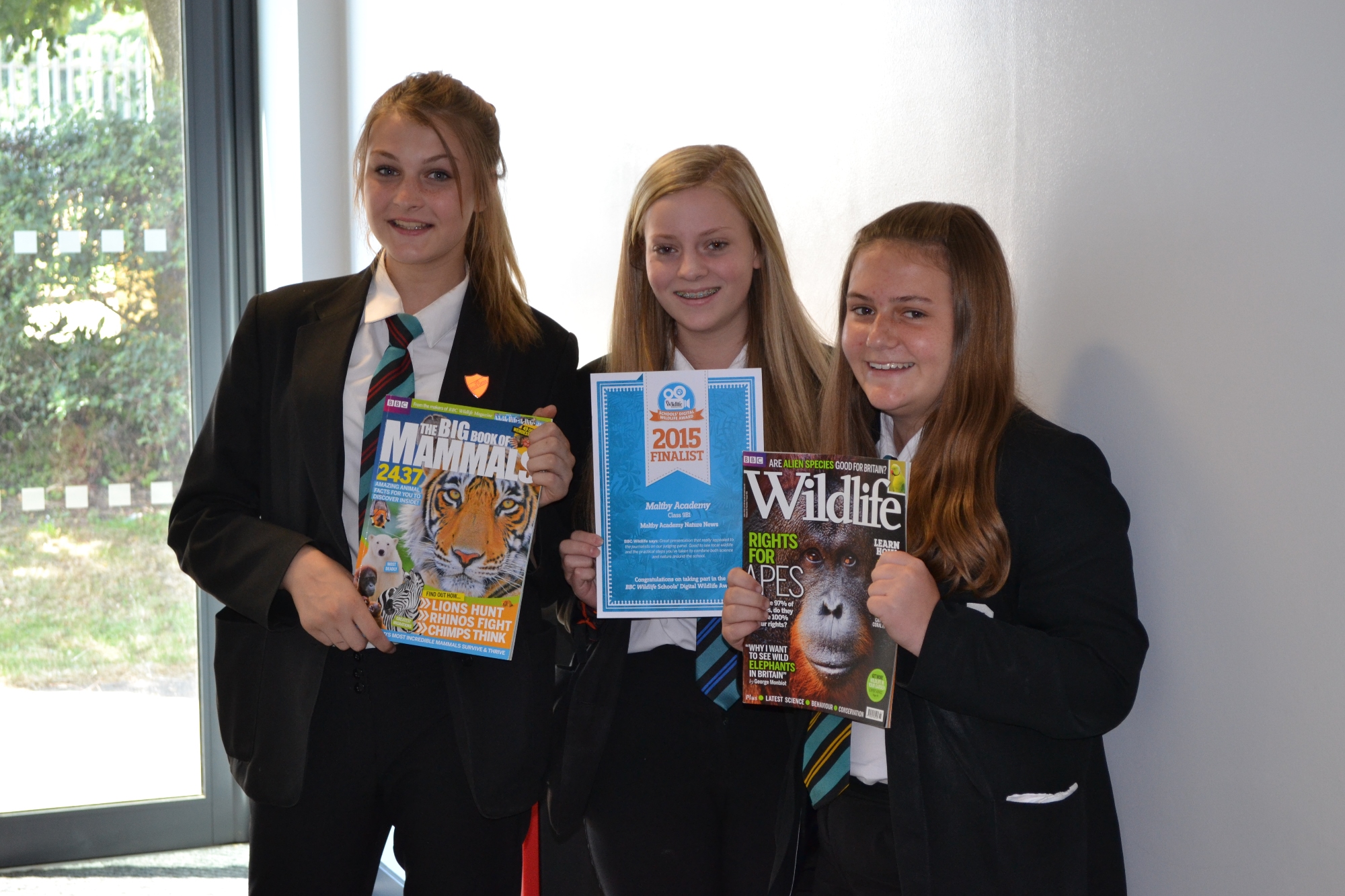